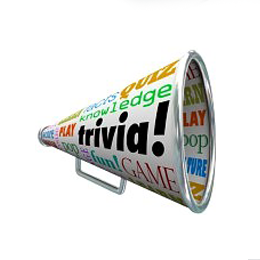 You use it daily, but how much do you really know about the World Wide Web?

We took the time to pull together a collection of random Internet facts.

1. Of the 60 billion emails that are sent on a daily basis, 97 percent are considered spam.

2. 16 to 20% of daily online Google searches have never been Googled before.

3. The first website was http://info.cern.ch, which was complete in December of 1989, and is still online.

4. The most expensive Google AdWord is “insurance”.

5. In 2013, the most commonly searched question beginning with “What is” was “What is twerking?”

6. Today the Internet is 8499 days old. Check out http://howoldistheinter.net to keep up to date.

7. The first domain name ever registered was Symbolics.com, on March 15, 1985, before the invention of the World Wide Web.

8. Mosaic was the first popular web browser which was released in 1993 and discontinued in 1997.

9. When Steve Jobs and Steve Wozniak built the first Apple computer, it was made of spare parts they scrounged from work free.

10. Doug Engelbart had made the first computer mouse in 1964, and it was made out of wood.

11. The prime reason Google’s home page is so bare, is due to the fact that the founders didn’t know HTML and just wanted a quick interface. Furthermore, the submit button was a later addition, as initially; hitting the RETURN key was the only way to burst Google into action.

13. Bill Gates, the founder of Microsoft was a college drop out.

14. Google’s advertising revenue is larger than that of the entire US print industry.

15. Insure was the most expensive domain name ever sold at $16 million.

18. A Colorado Institute created a clock so accurate, it would not lose or gain a second in 20 million years, this is the clock used for the time on the Internet.

20. If you type tilt into a Google search, the page will tilt right.

21. One million babies have been born from people who met on Match.com

22. At one point, AOL accounted for about 50% of all CD-ROM discs being made.

25. One in six marriages today occur because the couple met online.

26. The entire worldwide web use to be just one computer.

27. Tim Berners-Lee invented what became the web in 1989. It had to go somewhere, so for awhile, the whole thing lived on his Next computer.

28. The average computer user blinks about 7 times a minute, which is a lot less than the normal rate of 20.

29. Stewardesses’ is the longest word, which can be typed with only one left hand.

30. 70% of virus writer’s work under contract for organized crime syndicates.

31. While it took the radio 38 years, and the television a short 13 years, it took the worldwide web only 4 years to reach 50 million users.

32. The world’s first computer was named Z1 and was invented by Konrad Zuse in 1936. His next invention, the Z2 was finished in 1939 and was the first fully functioning electro-mechanical computer.

34. There are 6.8 billion people on the planet, and 4 billion of them use a mobile phone, only 3.5 billion use a toothbrush.

35. EBay averages $680 worth of transactions per seconds.

37. The Amazon logo is indicating you can get everything from A to Z (Look at the arrow).

38. We spend more time browsing the web on mobile devices over desktop computers.

39. Governments in certain countries restrict Internet use. In North Korea only government, officials and named officers have access to the net and China is also famous for restricting its public’s access to certain sites.

40. It is stated that Amazon became the number one shopping site because in the days before Google, Yahoo! would list their directory alphabetically.

41. Google acquired gmail.com from Garfield, the cartoon cat, who once offered a free email service from gmail.com.

42. Every Google query travels about 1,500 miles to a data center and back to return the answer to the user.

43. Carrier pigeons beat Internet upload speed as late as in 2010. They actually sent pigeons over with USB sticks the same time they started uploading a video over broadband and the pigeons won.

44. The first Internet banner stated “Have you ever clicked your mouse right HERE?” with an arrow pointing to “You will” was launched in 1994, and it ended up being a huge hit, because people could not resist clicking.

45. To copy the entire Internet to a disc, it would take over one billion DVD’s.

46. Google uses an estimated 15 billion kWh of electricity per year, more than most countries. A lot of this power is generated with their own solar panels.

48. The “@” symbol was used to signify that the message was sent to a person instead of a machine.

49. The first ever email was sent in 1971 by Ray Tomilinson, the US programmer who invented the email system.

50. Archie is considered the first Internet search engine. It was the first tool for indexing FTP archives, allowing people to find specific files.

All random Internet facts are accurate at the time the blog article was posted.